Michael J. McGivney was born to Irish immigrants, Patrick and Mary (Lynch) McGivney on Aug. 12, 1852. He was the eldest of 13 children. His father worked as a molder in a Waterbury, Connecticut brass mill. Michael McGivney attended the local Waterbury district school, but left at the age of thirteen to work in the spoon making department in one of the brass mills.

When he reached the age of sixteen in 1868 he traveled to Quebec, Canada with his Waterbury pastor and registered at the French-run College of St. Hyacinthe. With the priesthood in mind, he worked hard on subjects that would prepare him to apply for seminary admission. He studied two additional years at Our Lady of Angels Seminary in Niagara Falls, New York. He then moved to Montreal to attend seminary classes at the Jesuit-run St. Mary’s College. In 1873 he had to leave the seminary and return home for the funeral of his father and help raise his siblings. Then, at the request of the bishop of Hartford, he entered St. Mary’s Seminary in Baltimore, Maryland and resumed his studies.

On December 22, 1877, he was ordained in Baltimore’s historic Cathedral of the Assumption by then Archbishop James Gibbons. He said his first Mass at Immaculate Conception Church in Waterbury a few days after being ordained. Father McGivney began his priestly ministry on Christmas Day in 1877 as curate at St. Mary’s Church in New Haven. It was the city’s first parish. A new stone church had been built, after the old one burned on one of New Haven’s finest residential streets, Hillhouse Avenue. There was neighborhood objection which even the New York Times noted in 1879 under the headline: “How An Aristocratic Avenue Was Blemished By A Roman Church Edifice”.  Father McGivney’s priestly ministry in New Haven began with tension and defensiveness among the working-class Irish families he served.

From his own experience as a member of the immigrant community, he saw firsthand the devastating effect on families of the untimely death of the father and wage earner. In 1881 he began to explore with various laymen the idea of a Catholic, fraternal benefit society. He discussed this concept with Bishop Lawrence McMahon of Hartford, and received his approval. He traveled to Boston to talk with the Massachusetts Catholic Order of Foresters, and traveled to Brooklyn to consult the Catholic Benevolent Legion. He met with other priests of the diocese. Wherever he could, he sought information that would help the Catholic laymen to organize themselves into a benefit society.

He gathered a group of men from St. Mary’s Parish for an organizational meeting on October 2, 1881 and the Order was incorporated under the laws of the state of Connecticut on March 29, 1882. Although the first councils were all in that state, the Order spread throughout New England and the United States in subsequent years. By 1889, there were 300 councils comprising 40,000 knights. Ten years later, in 1909, there were 230,000 knights in 1,300 councils.

William Geary, one of the Order’s charter members, said that at the first council meeting in 1882, Father McGivney was “Acclaimed as founder by 24 men with hearts full of joy and thanksgiving, recognizing that without his optimism, his will to succeed, his counsel and advice they would have failed.”

Father McGivney had originally suggested Sons of Columbus as a name for the Order. This would bind Catholicism and Americanism together through the faith and bold vision of the New World’s discoverer. However, the word “Knights” replaced “Sons” because key members of the organizing group who were Irish-born Civil War veterans felt it would help to apply a noble ritual in support of the emerging cause of Catholic civil liberty.  The name of Columbus was also partially intended as a mild rebuke to Anglo-Saxon Protestant leaders, who upheld the explorer (a Catholic Genovese Italian working for Catholic Spain) as an American hero, yet simultaneously sought to marginalize recent Catholic immigrants. In taking Columbus as their patron, they were sending the message that not only could Catholics be full members of American society, but were, in fact, instrumental in its foundation.

The first public references to the Order came on February 8, 1882.  Both the New Haven Morning Journal and the New Haven Courier reported that the Knights of Columbus had held an initial meeting the night before.

On March 29, the Connecticut legislature granted a charter to the Knights of Columbus, formally establishing it as a legal corporation. The Order’s principles in 1882 were “unity” and “charity.” The concepts of “fraternity” and “patriotism” were added later. Each of these ideals played a major role in ceremonials from the beginning.

In April of 1882, Father McGivney, with the permission of Bishop McMahon, wrote to all the pastors of the Diocese of Hartford. The Order’s primary objective, he wrote, was to dissuade Catholics from joining secret societies by providing them better advantages at times of death or sickness. He urged each pastor to exert influence “in the formation of a Council in your parish.” Father McGivney personally installed the first officers of San Salvador Council No. 1 in New Haven, in May of 1882.

The primary motivation for the Order was to be a mutual benefit society. As a parish priest in an immigrant community, McGivney saw what could happen to a family when the main income earner died, and wanted to provide insurance to care for the widows and orphans left behind. He had to temporarily leave his seminary studies to care for his family when his father died. In the late 19th century, Catholics were regularly excluded from labor unions and other organizations that provided social services. In addition, Catholics were either barred from many of the popular fraternal organizations, or, as in the case of Freemasonry, forbidden from joining by the Catholic Church itself. McGivney wished to provide them an alternative. He also believed that Catholicism and fraternalism were not incompatible and wished to found a society that would encourage men to be proud of their American-Catholic heritage.

The original insurance system devised by McGivney gave a deceased Knight’s widow a $1,000 death benefit. Each member was assessed $1 upon a death, and when the number of Knights grew beyond 1,000 the assessment decreased according to the rate of increase.  Each member, regardless of age, was assessed equally. As a result, younger, healthier members could expect to pay more over the course of their lifetimes than those men who joined when they were older.  There was also a Sick Benefit Deposit for members who fell ill and could not work. Each sick Knight was entitled to draw up to $5 a week for 13 weeks (roughly equivalent to $125.75 in 2009 dollars). If he remained sick after that, the council to which he belonged regulated the sum of money given to him.

By May 1883, Council No. 2 had been instituted in Meriden, Connecticut and Bishop McMahon, so impressed with the organization, became a member of Council No. 11 in 1884, and served it as council chaplain. By the end of 1885, there were 31 councils in Connecticut

By the time of the first annual convention in 1884, the Order was prospering. In the five councils throughout Connecticut there were 459 members. Groups from other states were requesting information. The Charter of 1899 included four statements of purpose, including “to promote such social and intellectual intercourse among its members as shall be desirable and proper, and by such lawful means as to them shall seem best”. The new charter showed members desire to grow the organization beyond a simple mutual benefit insurance society

In his 13 brief and busy years as a priest, Father McGivney’s piety and compassion had won the love of those he served as curate and pastor. His Christian inspiration, leadership and administrative drive had brought him the loyalty and affection of thousands who knew him as the founder of the Knights of Columbus.

Never robust in health, Father McGivney was suddenly stricken with a serious case of pneumonia in January 1890. Various treatments for consumptive illness were tried, but his decline persisted. The young priest lost physical strength just as the Order he founded was moving toward new vitality. On August 14, 1890, the eve of the Assumption, Father Michael J. McGivney died from pneumonia at the age of 38.

Later that August, one of the largest funerals in the history of Waterbury, Connecticut took place. The bishop of Hartford and more than 70 of Connecticut’s Catholic priests were joined by many civic leaders and throngs of other attendees. It was reported that mourners rented every available carriage within miles for the great procession.

Father McGivney’s funeral was an indication of the love and respect the people felt for this hard-working, holy parish priest. It also reflected the deep personal appeal that immigrant Catholics immediately found in the Knights of Columbus.

To mark their 100th anniversary in 1982, the Knights of Columbus brought the remains of Father McGivney from Waterbury back to St. Mary’s Church in New Haven, where he founded the Order. There he now rests, in a setting in which daily Mass is offered for deceased Knights and prayers are said in his honor.

Father McGivney’s cause for canonization was opened in 1997 by then Archbishop Daniel A. Cronin of Hartford, Connecticut.

Father Michael J. McGivney was given the title “Venerable Servant of God” by the Holy See in March 2008.

On May 26, 2020, Pope Francis approved a decree for a miracle attributed to his intercession, opening the way for Father McGivney to be beatified which officially happened on October 31, 2020. A second approved miracle is needed for him to be canonized as a saint of the Catholic Church. 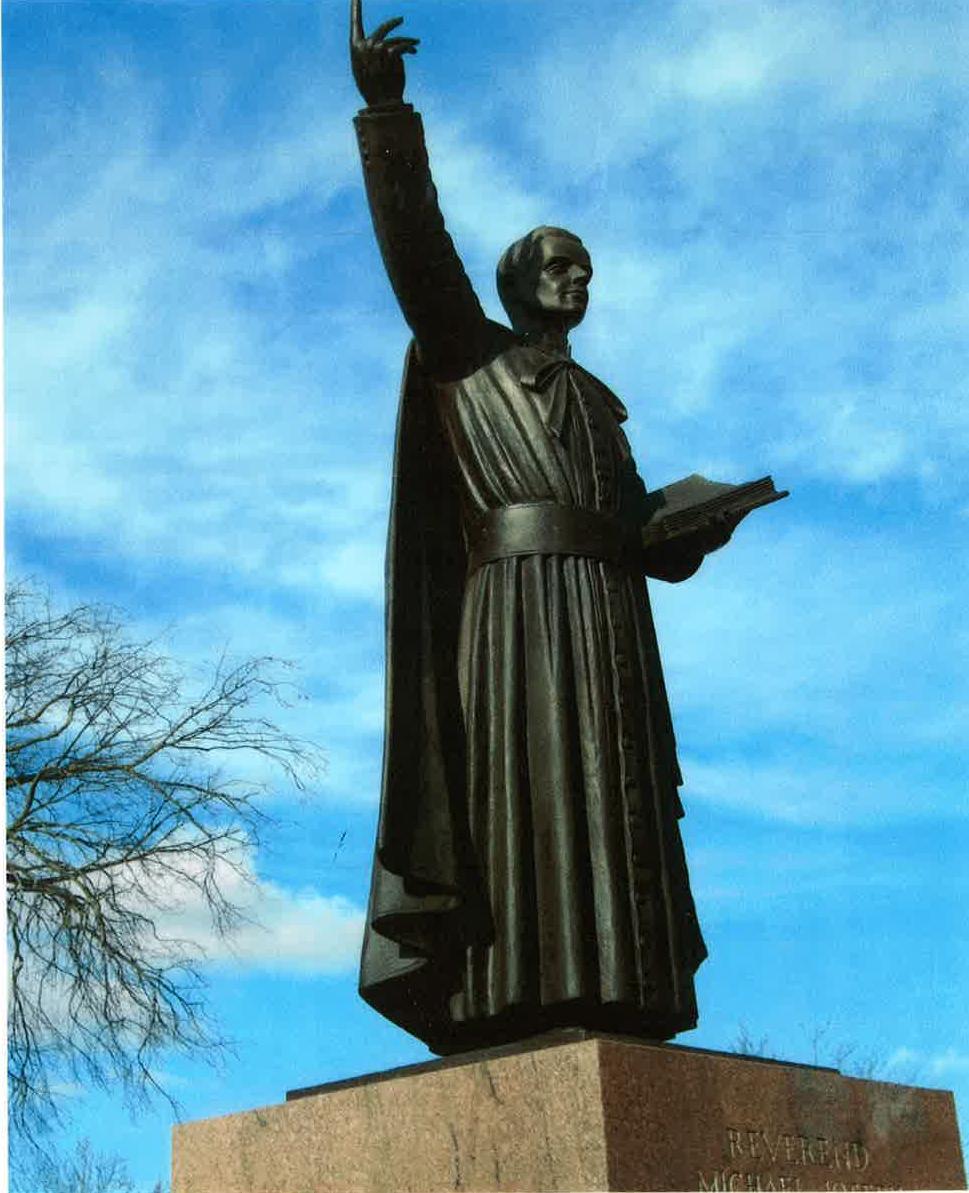 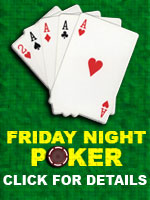